Memories of Nelson and Armstrong Creeks

I've met hundreds of guys and gals while fly fishing these past sixty years. Everyone I have met and chatted with has been pleasant and I enjoyed our break from fishing. 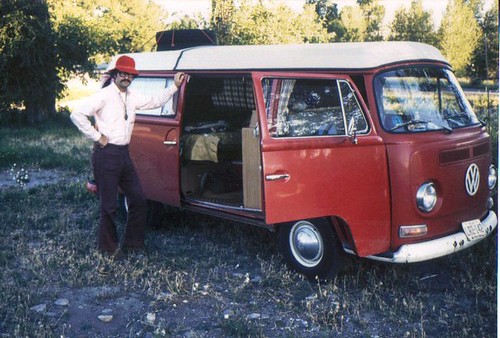 ​
The person I remember most was at the time my fly fishing idol, Joe Brooks, author of many of the earlier books about fly fishing and he has had a column in Outdoor Life for many years. Two of my favorite books, that led me to my early adventures in Montana are: Complete Book of Fly Fishing and Trout Fishing. 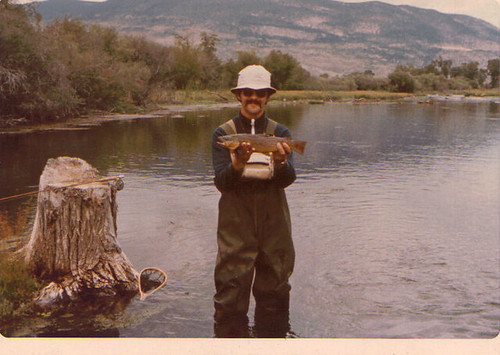 ​
I first fished the Beaverkill in July of 1965 after reading an article Joe Brooks had written in Outdoor Life. I vividly remember standing in Horseneck Brook riffle, the riffle above Cairns Pool, and tying on a #12 Hares Ear nymph and casting it across into the current and letting it swing below me. I didn’t know very much about the subtleties of a drag free drift then but I had the idea the fly needed to look natural. After a few minutes I was rewarded with a strike and I landed my first Beaverkill brown trout on a fly. That first brown trout got me hooked on fly fishing and Mr. Brooks’ books became my constant evening companions.

I used to live in Clifton, New Jersey and every Saturday morning I would drive up and fish all day until dark and then drive the two hours back to New Jersey. Later on, I started to rent a trailer on the Willowemoc and would drive up after work on Friday and spend the weekend on the Beaverkill and Willowemoc until after 4:30 then drive over to Kellam’s Bridge on the Delaware for the evening rise. I used to dream about Joe Brooks’ adventures in Montana on the Madison and all the Livingston spring creeks and was wishing I could figure out how to get out there. I was single and was working as an R&D machinist in Clifton, New Jersey and when June came around I went to my boss and told him, “I’m giving my two weeks notice.” I had decided to quit my position and drive out to Montana for the summer. Well the manager of the company didn’t want me to leave so he offered me my two weeks paid vacation and another two weeks without pay. I thought that was fair so in early June of 1967 I packed all my gear and the few flies I had and drove my 1966 Pontiac GTO out to Livingston, Montana. 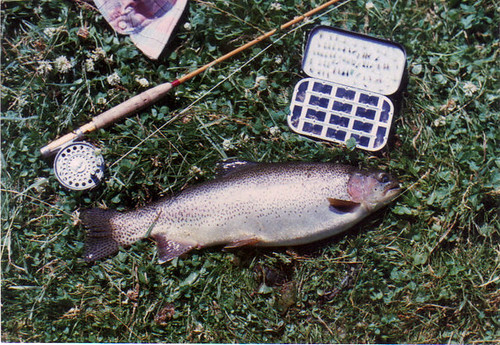 ​
I stopped in a Dan Bailey’s fly shop and asked him where I could find some technical dry fly fishing. He told me about Armstrong and gave me directions on how to get there and he sold me the flies that guys were using there at the time. This was a few years before the landmark book by Swisher & Richards Selective Trout and the new concept of no-hackles, compara-duns, and hen wing spinners. Mr. Bailey sold me a dozen #16 and #18 heavily dressed Light Cahills and a few other flies that looked nothing like the Ephemerella Infrequens (now renamed dorothea) mayflies that were emerging everyday from 1:00 to 6:00. 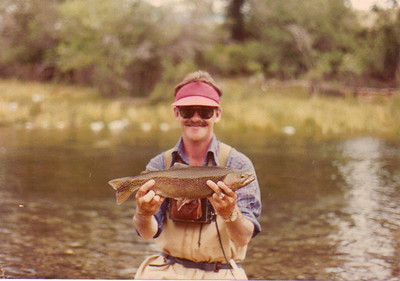 ​
That first year in Montana on the spring creeks proved difficult and while I caught quite a few trout, I think much of my success was because I already had gained some dry fly skills on the Catskill rivers and the Delaware. It also helped that at that time Armstrong had not yet gained the huge popularity and pressure it was about to receive with the advent of the articles in the fly fishing magazines and word of mouth. Basically, the trout were wild and aggressive and eager to eat trimmed Cahills and any dry fly or nymph that had any resemblance at all to a PMD.

After I returned to New Jersey all I thought about between trips to the Catskills was returning to Montana and the spring creeks. I’d decided to quit my job and spend the entire summer in Montana. I went out and bought a one-year-old Volkswagon Campmobile and loaded it up with a bunch of fly rods, reels, extra lines, all my flies, and my fly tying material and headed out at the end of May. After a few weeks of intense dry fly fishing, I had took a break and drive down to Yellowstone for some easy cutthroat fishing. 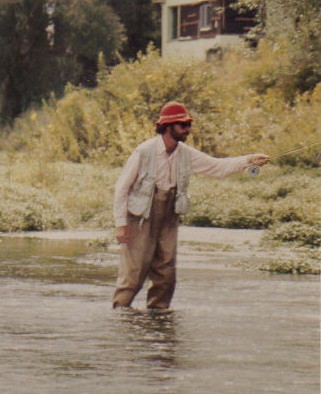 ​
When I returned to Armstrong, I was having a pleasant morning and when I looked upstream, I saw Mr. Joe Brooks just standing there watching me. Talk about pressure! I caught one or two more and he called down to me, "You seem to be having a very good day, what are you using?" Imagine my idol asking me what I was using! 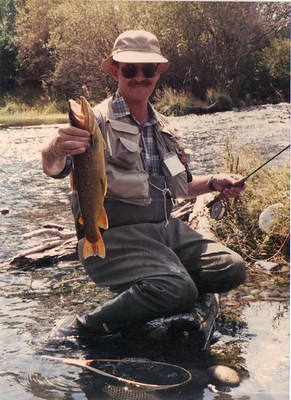 ​
Well, I got out of the creek and walked up to him and showed him my fly. It was a #16 Loop wing emerger that had been developed by a young fellow I had befriended on the creek. It was deadly. I believe it was so deadly because it was the first fly (to my knowledge) that depicted the PMD on the surface with the wings still encased in the covert. 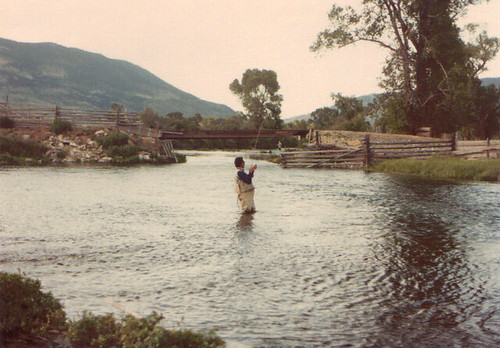 ​
We chatted and I told him I was spending the summer there and he asked me if I had my fly tying equipment and if I did would I tie him a dozen loop wing emergers. I said, "Sure Mr. Brooks, where can I give them to you?" He said he planned to fish Nelson's in a few days and I could meet him there and give him the flies. 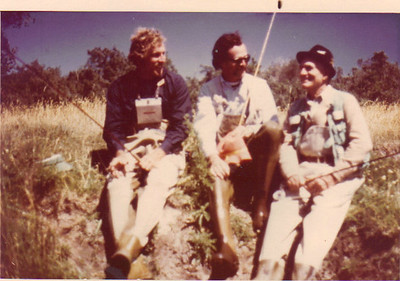 ​
I'm the hippie in the middle of the picture and my good friend is on my left. Mr. Brooks’ wife, Mary, took the picture. The rainbow was caught on Nelson's the day I gave him the flies.

Oh, we are all using cane rods: Mr. Brooks had an Orvis, my friend and I were both using Leonard "Baby Catskills" seven-foot #4.
Click to expand...

Well-known member · 78 · From York
Long retired from defense contractor management position. Been fishing since I was 12 and fly fishing since I was 17. Primarily fish upper Delaware system and Montana. I can be found on the Tully often in April because it is too cold to fish the Delaware. Fly fish exclusively for trout, steelhead and smallmouth.