I’m fairly new to fly fishing and found the paflyfisher.com site about 4 years ago I began reading everything on the forums, posting questions and taking advantage of what the site had to offer. I attended my first newbie jam in spring of 2012. Then a brush up jam that summer and another fall brush up the same year. Since then I have been attending the mini jams and have attended the main jam the past two years. In this short amount of time I learned so much, met many people who spent time answering questions and taking time to show me how to fly fish.

So this past winter I felt I was ready to plan a trip to Montana. Not that I would consider myself an accomplished fly fisher, but still thought I was ready to fish Montana with some success. Searching our forum for information on where to go and when to go it seamed like July was the best time to go but I couldn’t make this July and I found hints of...
Continue…
Fly Fishing
Continue… 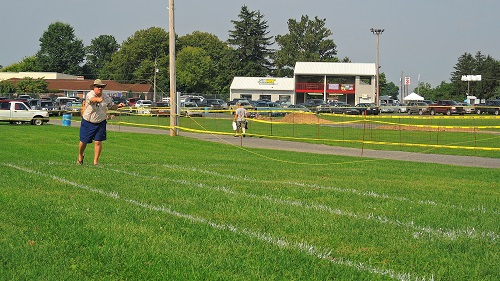 ​
The Cumberland Valley Chapter of Trout Unlimited will be hosting its Annual Mid Atlantic Fly Casting Championships on June 20th, 2015 at Allenberry Resort in Boiling Springs, PA. The competition will be conducted in conjunction with The Pennsylvania Fly Fishing Museum 13th Annual Heritage Day Celebration. The Heritage Day event is a full day of celebrating the fly fishing heritage in Pennsylvania with over 60 vendors and exhibitors, hands on demonstrations, special seminars, instruction, raffles, auctions and the always popular Fish Swim Race on the Yellow Breeches for a chance to win $500! More information on Heritage Day is available on the Museum website: www.paflyfishing.org. 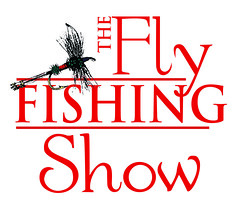 This weekend brings the Fly Fishing Show to the Garden State Exhibit Center in Somerset, NJ. This is the best fly fishing show you can find and a great opportunity see what the latest and greatest is going on in the industry.

For those of you that have not made the trip before it is a three day event that includes a very large exhibit floor, fly tiers, retail shops, educational programs and more. Many members from Paflyfish make their way to the show every year. Here is a link to a video and recap of the show in 2014. If you are looking for trips, rods, reels, flies, waders any gear or tying materials this is the show to hit. There are many outstanding presentations about fly fishing techniques and locations to attend as well.

I enjoy going to the show to see a lot of good friends that end up there every...
Continue…
Fly Fishing
Continue…

For those adventurous anglers with a penchant for photography our sponsors at Montana Angler are offering a unique opportunity to join photographer Patrick Clayton at their partner lodges in either Argentina or Chile in April for the upcoming 2015 South American fishing season. Patrick is better known as the “Fish Eye Guy” and his dramatic images of wild trout and salmon in their natural environment has captured the imagination of fly fisherman and conservation groups alike.

Patrick’s work has been featured by Patagonia, Field and Stream, The Drake, Orvis, The Flyfish Journal, and Catch Magazine, among many others. His work has also been used extensively by conservation groups across the country including national and local Trout Unlimited chapters, The Nature Conservancy, National Wildlife Federation,American...
Continue…
Fly Fishing
Continue…

For the past eight years or so, I've managed to make it out to fish on Thanksgiving Day. I guess it has become a bit of a tradition, made possible by our decision to no longer travel during the Thanksgiving holiday. Spending a few too many hours going nowhere between New Stanton and Breezewood on the Turnpike will eventually lead one to that conclusion.

This year, I was looking forward my outing, but the forecast was calling for snow the day before, so I started to temper my expectations as the week went along. Wednesday, the snow started falling around 9AM and continued to fall for the next eleven hours. While the ground is still relatively warm, we still ended up with four or more inches, but by evening, the outside sounds were filled with constant dripping. Overnight temps were supposed to dip below freezing too, and I did not have the luxury of waiting until afternoon to fish, since Thanksgiving meal was scheduled for 1PM.

So I...
Continue…
Fly Fishing
Continue…

Todd Bowersox, of the Allegheny River Fly Fishing Company (ARFF) will be airing a new radio and podcast program this fall. Bowersox will discover all things wild in the Pennsylvania focussed in the outdoor themed broadcast. Program topics will include fly fishing, hunting, hiking, biking, camping, kayaking, music, art, and special events in the wilds of northwest Pennsylvania. Into the PAWilds will also feature local and state TU chapter efforts, a conservation minute during every show and a "tips & tricks in the weekly program.

Into the PAWilds will be airing weekly on Saturdays beginning October 4th for 30 minutes at 10:00 am on 104.3 FM Kinzua Country, Warren PA and follow the program on...
Continue…
Fly Fishing
Continue…

The 2nd Annual Pennsylvania Fly Casting Competition was held at the Carlisle Events Outdoor Show at the Carlisle Fairgrounds on September 6. Contestants were challenged for accuracy and distance events in several different skill categories. In the distance component, casters earned points for the length of their casts and had to place their flies within a narrow 10-feet wide lane. Accuracy casting required contestants to land their flies within 30-inch and 54-inch target rings at random ranges between 25 to 60 feet. 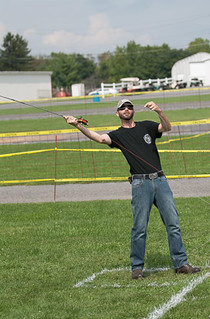 Dave "Old Lefty" Rothrock of Jersey Shore, Pennsylvania, earned second place in the Expert Division and also made the longest cast of the day at 100 feet. Ranking third among the Expert casters was Eric "stenonema"...
Continue…
Fly Fishing
Continue…

Fly Fishing and the Phantom Drone

​
This past April Chris Spangler from Slinger Fly Rods posted an early flight of his Phantom DJI Drone Quadcopter over Young Woman's Creek.. He has been braving his drone (that's what I 'm going to call it) over the Pennsylvania streams and waters for just over six months. His latest video takes us over Kettle Creek in Pennsylvania. I nice six minute run over the creek with anglers fly fishing.

"Part of me was worried that it would be too difficult to operate and devastating to crash and ruin. Add in the GoPro Hero 3 and it made me even more nervous. The learning curve believe it or not was very slim. It's very basic in its functions. If you have ever played video games in your life you can operate this machine from day one with minimal instruction", shared Chris.

Heberly from Paflyfish and kids were part of the fun while Chris flew the Phantom over Kettle Creek.

A lot of news and controversy with drones as of late. The US Park Service...
Continue…
Fly Fishing
Continue…

The Aisen Region of Chile is located about the same distance South of the Equator as Montana is North. On a recent trip to the Coyaquie province we targeted wild browns and rainbows while fishing a remarkable diversity of fisheries including large float rivers, huge crystal clear lakes, spring creeks and wilderness mountain streams. We stayed at the Magic Waters Patagonia Lodge which is tucked away in remote valley with 5 private lakes filled with wild trophy fish.

The lodge is right on the edge of the Cerro Castillo National Reserve and the wilderness lakes and rivers within but is also within easy striking distance of the fertile spring creeks and valley rivers of the dryer pampas region. The mountain rivers are free of sediment and are gin clear with an emerald green hue. The pampas areas near the Argentine boarder are dryer and it is a similar landscape to the Dillon Montana area (without other fisherman!). I have been hosting...
Continue…
Fly Fishing
Continue…
Top